Decades ago, back when the Internet was a mere idea, when there were hardly any research and drugs that could somehow help prevent the HIV virus from becoming full-blown AIDS, back when HIV positive patients would just stare in shock at the news and wallow in self-pity, hearing about death among HIV patients became the norm. Fast forward to the 21st century – not only are there retroviral drugs that actually work, but there are more studies now about the disease. These result in more hope for HIV positive patients – more hope for them to continue living.

This is what 61 year old Mary Glenn, a patient who has tested positive for HIV since 1990, has been doing the past several years. Instead of wallowing in a corner, she decided that testing positive for HIV should not hinder her from living, from doing exactly what she wants to do. She decided that having HIV should not make her feel marginalized or discriminated. Instead, she devoted her time to helping other HIV patients, counseling them and helping them figure out which services they need. By doing this, Mary Glenn does not only make a difference in her own life, she also makes a difference in the lives of others. 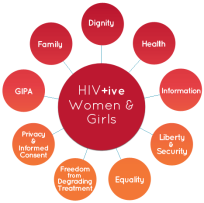 Similarly, this is how HIV Advocates can also help make a difference in society. As a global initiative that aims to share news, experiences, strategies and new tools that will energize human rights movements and communities fighting HIV/AIDS, patients will receive study updates, new drug discoveries and even interact with fellow patients. More importantly, HIV Advocates can also continue to inspire patients to enjoy life, aim high, spend time with loved ones and just…live.

What if we say we only need ten – yes, 10 – minutes of your time to complete a survey (an important and sensitive one, if we may add) that could help a global initiative in its fight to end HIV-related stigma? You can even stand the chance of winning one of two limited edition iPad cases from HIV Advocates – Levi Strauss Foundation. Interested? Please read on.

People all know that HIV is currently one of the world’s deadliest diseases and one of the biggest concerns that the world needs to address. HIV also easily attracts discrimination, abuse against the rights of others and yes, stigma. This is what HIV Advocates, a global initiative that aims to share news, experiences, strategies and new tools that will energize human rights movements and communities fighting HIV/AIDS, wants to address. 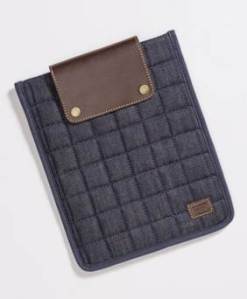 HIV Advocates is conducting a survey to further understand how to use its resources to end HIV-related stigma. The survey would only need quick feedback in terms of one’s experience in using the group’s official website as well as social media channels. The survey, which will be available until February 2015, will also provide platform for advocates to share their own advocacy work and stories. The results of the 10-minute survey will be used to understand what can be done further to raise value for HIV advocacy work.

Visit HIV Advocates for more information. Survey participants will have the chance to win one of the two limited edition iPad cases from HIV Advocates – Levi Strauss Foundation.

Here are other ways you can be a part of HIV Advocate: