How to Fight HIV: Care or Fear

Fighting HIV also means working at prevention tactics for youth and adults around the world.  With the proper message, it is possible to begin eliminating the problem in every region.  However, it requires sending the message in a way that can be well – received by the audience.  In many areas, fear is used, showing the detrimental effects of HIV.  However, other campaign specialists have taken a different approach, using education and care as the primary focus.  Defining which fights HIV effectively can assist in eradicating the disease quickly. 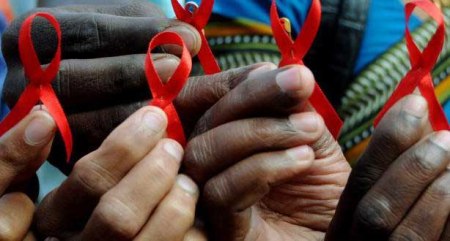 The Fear Based Approach

For many advocates that are interested in eliminating HIV, the focus is on showing the detrimental effects of the disease.  Announcing that it is life threatening and worsens over time are some of the central fear-based approaches.  However, it has been found that this method does not create positive effects.  Instead, those that hear the message become confused from the fear tactics that are used.  Individuals are less likely to respond or take action with protection.  It is noted that the fear used often does not provide solutions or different associations with how one may get HIV and what they can do to stop it.

Education as a Basis

As an initiative in the Philippines, an advocacy organization took a different approach.  They began to show healthy, young people that might have been at a lower risk for getting HIV.  Instead of showing them dying or creating fear tactics, they were responsible for a positive message.  Taking precautions, understanding the risk of HIV and knowing what to do would stop the disease.  It was noted that this particular approach of showing healthy and inviting models led to a better response.  Youth in the area were invited into changing their mindset about the disease and problems it would lead to.  At the same time, educational initiatives became open easily and quickly for those in the region.

Making a Difference with Positive Education

It is not only the fear based vs. positive and caring associations that is known to create better results.  It has also been found that youth expect practical solutions through education.  Many advocacies focus on celibacy as the answer, condemning sex before marriage.  Others ignore or don’t give light to gay relationships, often creating stigmas around certain types of relationships.  It has been found that open and positive education about HIV creates the best results.  Youth understand how the disease is caused and what they can do to prevent it.  Instead of creating expectations or negative associations that may seem impractical, there is the ability to reach youth by giving them what they need to know.

There are ways to fight HIV by offering preventative measures.  However, this requires sending the message in the right way.  With positive education and messages that show care, there is the ability to reach a wider audience while creating the necessary response.  By using this, instead of a fear based approach, there is the ability to send the word out to every margin of the world and to begin fighting against HIV.

HIV Advocates which is a global initiative that aims to share news, experiences, strategies and new tools that aim to energize human rights movements and communities fighting HIV/AIDS, is the answer. Supported by Levi Strauss Foundation and powered by B-Change Foundation,  HIV Advocates encourages existing and would-be activists to explore the power of social media and other Internet avenues to help spread the message across – that discrimination and stigma no longer have any place in society and that society should accept the LGBT community members as they are.

Share your thoughts on the official HIV Advocates platform. Your voice counts!

This entry was posted on Wednesday, September 2nd, 2015 at 11:41 pm and is filed under blog. You can follow any responses to this entry through the RSS 2.0 feed. You can leave a response, or trackback from your own site.