How to Finally Eliminate HIV by 2030 through Testing

For almost every known sickness including serious ones such as cancer—early diagnosis means early treatment; this is always better than delayed diagnosis and delayed treatment. When it comes to HIV, those who are knowledgeable about this illness know the fact that being treated early gives more hope of survival. This is not anything new at all; however, there are still many who do not get tested, hence, they are not treated. There are many patients who have died with advanced AIDS just because they failed to get tested for several reasons. Until today, there are people who still live with HIV and die of AIDS just because they don’t even know they are infected. The only way to eliminate HIV is through testing. 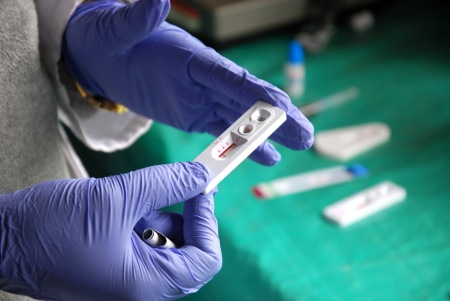 In a perfect world, you would imagine that people will just follow recommendations from the experts to stop something as serious as HIV. However, this is not a perfect world, and people don’t just follow. Still, there’s hope to finally eliminate HIV by 2030 with proper awareness and if people are continually encouraged to get tested. Testing is the crucial step to put an end to HIV because no matter how many “miracle cures” that may be found out there, if people refuse to get tested, they wouldn’t get the chance to be treated. An AIDS conference held in Vancouver in July 2015 introduced a 90-90-90 concept by researchers. The concept is pretty simple—5 years from now, in 2020, 90% of all HIV-positive individuals must undergo tests to check if they have the virus. If 90% of those who tested positive get treated and 90% of those treated effectively respond then in 2030, HIV will be gone for good.

The Importance of Undergoing HIV Tests

The 90-90-90 concept is simple; however, the 90% goal in 5 years may be quite a long shot, but it’s definitely achievable. Currently, there are approximately 19 million HIV-positive individuals haven’t been tested yet. This is actually more than half of those living with the virus! There are various ways to get tested for HIV and processes are usually fast, cheap and very simple. However, it’s not really a common thing to talk about or do for many individuals. Because the subject isn’t even brought up in normal conversations, getting tested for HIV is not even a concern for many. If only annual testing can be required by the government, then the goal can be achieved.

Awareness of HIV and the importance of undergoing regular tests must be talked about. The best and only way to get treated is if you know you have been infected. Again, early treatment is a must and is so much better than getting treatment when almost all hope is gone. Let’s be one and united in beating HIV and keep it away from our planet by 2030.

HIV Advocates which is a global initiative that aims to share news, experiences, strategies and new tools that aim to energize human rights movements and communities fighting HIV/AIDS, is the answer. Supported by Levi Strauss Foundation and powered by B-Change Foundation,  HIV Advocates encourages existing and would-be activists to explore the power of social media and other Internet avenues to help spread the message across – that discrimination and stigma no longer have any place in society and that society should accept the LGBT community members as they are.

Share your thoughts on the official HIV Advocates platform. Your voice counts!

This entry was posted on Thursday, September 3rd, 2015 at 11:17 am and is filed under blog. You can follow any responses to this entry through the RSS 2.0 feed. You can leave a response, or trackback from your own site.